Miami, FL—This was a large-scale public install project at PULSE Miami art fair December 6-9, 2012. The project, called Untitled Rant (2012), consisted of a slogan writ in heat set vinyl and installed on the clerestory level outside the Ice Palace Studios. It acts as a caption for the garden and the fair.

This project for PULSE Miami constitutes the fourth life of Trowbridge’s itinerant slogan, “Site of Temporarily Invested Interest.” Trowbridge first wrote the slogan with Apple computer keyboard letters in a small work in 2010. In the second and third “lives” of the slogan, he embedded the message in a QR code painting (for G-Spot: Get the Green Light, a multi-venue exhibition curated by Claire Breukel for Grolsch, November-December 2011) and wrote it in MDF letters, installing it on an interior wall of the Museum of Art Fort Lauderdale (for Sight Specific, April 2011). 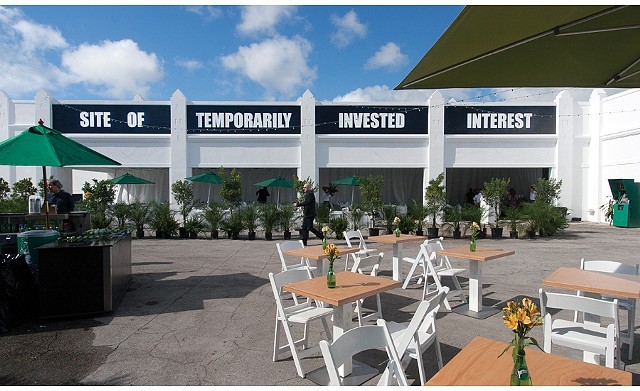 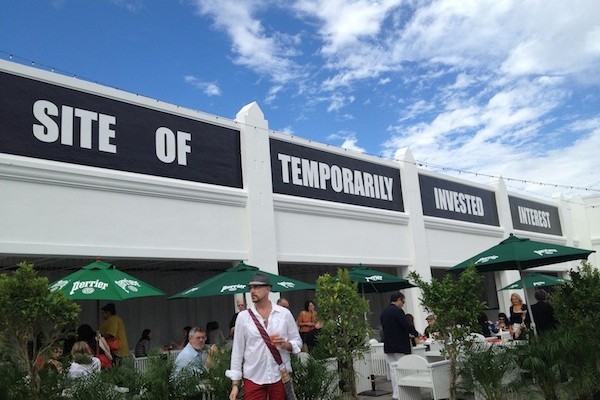